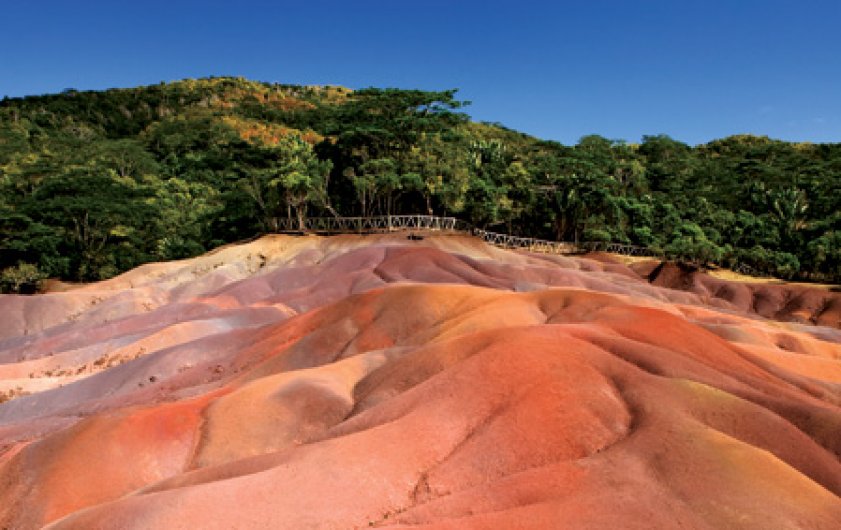 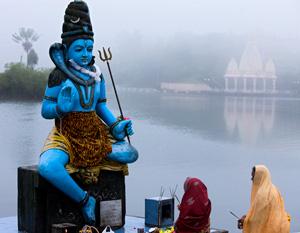 Grand Bassin is a dormant volcano found in the district of Savanne at 1,800 feet above sea level. It is irregular in shape with a lake of 1200 by 500 feet. There is a small islet in the middle of the lake leading to the belief of a once lava producing crater. Springs rise inside the lake itself; mountains lying around the lake provide it with water such that the water level is always constant. While initially the depth of the lake had been difficult to ascertain, new techniques of soundings reveal that the depth of the lake is about 55-60 feet.

This lake, also called the Ganga Talao, is of great importance to the Hindu community of the island. The religious story of the lake goes as far back as 1897 when a Hindu priest living in the north of the island at Terre Rouge dreamt that the water of a lake on the island was connected to the sacred river Ganges. The news of the dream soon spread and he set off with some friends to find the lake. The roads at that time were very harsh and it was a very difficult journey as they were on foot. Finally they reached the Grand Bassin and the priest recognised it as the lake of his dreams. He named the lake the Pari (fairy) Talao as he had seen fairies dancing on the water in his dream.

The Grand Bassin, as a religious place, has a strong sense of spirituality that is tangible and only a visit to the place can confirm it! 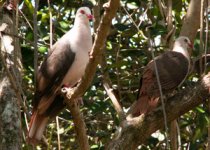 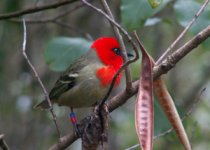 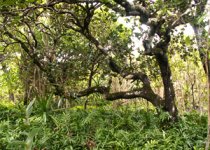 Ile aux Aigrettes is one of the 49 islets that surround and belong to the island of Mauritius. Located in the historical bay of Mahébourg, at about 800 meters off the south east coast of the mainland, these 26 hectares of coralline limestone partially overlain with sand and soil deposits is what remains of an eroded dune exposed after a drop in the sea level some 30, 000 years ago.

Free from human presence for a long period, Ile aux Aigrettes independently developed itself into a natural museum where a remarkable collection of endemic species of the Mauritian fauna and flora evolved and found a home.

On the beautiful turquoise waters of the Mauritian lagoons, there exists a small island where man and nature unite towards one same goal… recreate a little piece of a long lost paradise.

After a short crossing on the magnificent bay of Mahébourg, where a lingering air of mystery, a palette of bright colors and the jagged outlines of a breathtaking landscape blend into a magical setting, discover Ile aux Aigrettes, a Nature Reserve anchored at about 800 meters off the south east coast of Mauritius. The sparkling waters of its beautiful lagoon, the ruins of an old French limekiln and the dense green canopy of the island’s forest welcome you to this charming domain where the mistress of the place is none but mother nature.

With an expert guide leading the way, walk along the rugged trail in a one and a half hour tour and experience the bubbling renaissance of an island and its inhabitants, a small and unique population made up of rare endemic species of the Mauritian flora and fauna. Accompanied by the distant cooing of the Pink Pigeon, discover along the way over 20 species of plants endemic to Mauritius; the Ebony forest, once home to the now extinct Dodo; the Nursery where thousands of young plants are produced yearly; the Ornate Day Gecko licking nectar from flower buds; the Pink Pigeon, a cousin of the Dodo, pulled back from the brink of extinction; the Aldabran Giant Tortoise brought in to replace the two species of Tortoises that lived on the island and now extinct; the Telfair’s Skink, an endangered species of reptiles; a cannon, a set of old buildings and ruins, bearing witness of the French and British presence on the island; a breathtaking view on the Mahebourg bay from the top of a restored generator house and if you’re lucky, the Mauritius Kestrel, the only bird of prey of Mauritius saved from extinction.

A world away, you'll be greeted with a refreshing cold towel and welcome drink, before exploring this tranquil haven. Swim in crystal clear warm waters, snorkel amongst the corals and shoals of bright tropical fish flitting around the offshore marine park or, if you prefer, visit by glass-bottom boat. On shore there is also plenty to do. Laze on the beach, stroll along the small paths through native woodland, or hand pick fruit from the blossom-scented orchard.

Lunch is served either at tables in the open overlooking the ocean, or under the shade of a white marquee where you can sink into deep settees. Dine on delicious salads topped off with fresh herbs from the garden and grilled specialties from the buffet, while wine, beer and soft drinks flow freely.

You know you're on holiday when an ice cream cart trundles past laden with freshly made tropical delights. The afternoon is yours and culminates in a tasting of homemade flavoured rum to conclude another perfect day. 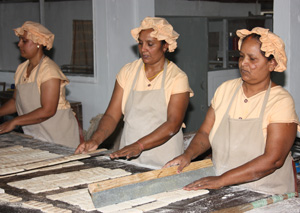 Rault biscuit in Black City (Mahebourg) also called manioc biscuit factory is not included in the program of visits to tour operators. And yet, if you knew.... This tour immerses you immersed in the history of Mauritius, and that was the day ofthe last century Mauritius.

The handmade but very applied all those cookies will move you through a mix of tradition bearers images, smells of bakedcakes and gestures secular reproduced with the same love for the origin of the biscuits. 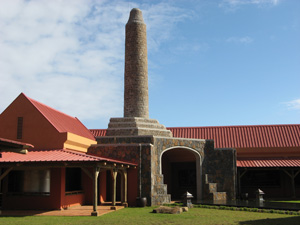 “The dream is not the destination but the journey”

In the South West part of Mauritius, in the heart of a fertile valley, lies the Rhumerie de Chamarel. Situated in the vicinity of the "Coloured Earths of Chamarel", one of Mauritius' most popular tourist attractions and the place to visit while in Mauritius, the road leading to the Rhumerie is lined with vast plantations of sugar cane growing side by side with pineapples and other tropical fruits.

Exuding an inimitable sense of warmth and authenticity, the Rhumerie welcomes guests for an all-encompassing tourism experience ranging from a guided visit of the distillery and rum tasting to a tasty meal at L'Alchimiste, its own stylish and creative “A la Carte” restaurant. 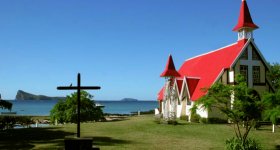 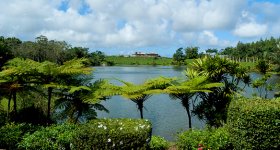 Book this Excursion › Leave your feedback ›

You have added a new item to your Shopping cart. There is 1 item(s) in your shopping cart now.
Continue shopping »

Login via Google +
Login via FaceBook
Login via Linkedin
OR